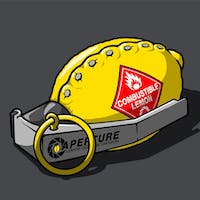 I'm a developer that codes in python. I play games and have fun!

Hi! I'm Leo, I'm 13 years old and I code discord bots and websites in python. I love to play games, I work on projects for fun, so if I'm feeling nice I might make you a free bot. While I mainly play games, I still code for fun. I work with 3D modelling in blender but I'm not the greatest at it.

What did you make?

My very first discord bot was called "BugBot", it was a simple system used by developers to report bugs about any program, game, and more! While I thought it was advanced at the time, it really wasn't. It was a simple SQLite database, with a very simple structure. It simply gave the bug an ID, it asked a series of questions, and then it saved that to another channel, and the database.

My second bot, Multipurpose Bot, or as I called it, "MP Bot". It was designed to do anything, again, I thought it was the most advanced bot I've made, with a custom help command and some fun commands. But of course, it wasn't. Today I've helped with many more bots, such as Eco Master.

While I quit Eco Master, it still remained a success. It is a global economy bot, meaning if you earn coins in one sever, it saves in the next. The whole bot was a economy bot, and a reminder for me. Making some of it reminded me of my first bots, how they were bad, yet I pushed on. Now? I may have quit the bot, but it gave me confidence in myself.

An unfinished bot that I made that is very similar to Bug Bot. I originally made it for Messy Desk Interactive* The idea was simple, assign a priority to a bug that a user submitted. With that priority, it then sent it over to GitLab, creating an issue so it could be easily read by developers.

*I am in no way affiliated with Messy Desk Interactive